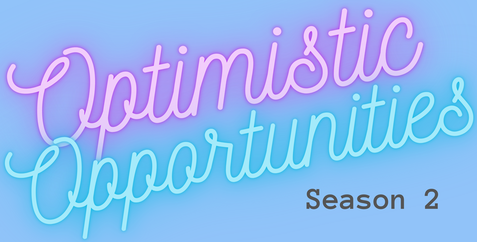 Sponsored by Carl Johnson Real Estate @ Coldwell Banker HPW
We don't just list properties for sale, we market them.  Ask about our concierge's service for buyers.
"Stories of Struggles & Strength" that Inspire and Motivate
This weeks episode focuses around Wicca's story centering around childhood abuse.
Click the Play Button Below to Listen to the Podcast
Click Below to Watch the Episode 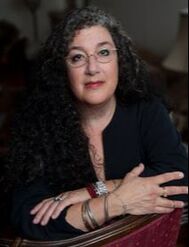 I left home at 15 years old, and am a serial job-ist, so it is a bit difficult to write a bio that sounds at all normal. My family were immigrant refugee Jews from shtetls in Eastern Europe. I grew up in Montreal, moved with my family to Chapel Hill (at the end of the 7th grade) as my mother thought my father would be better away from his family. He wasn’t. I went to the NC School of the Arts for high school in the first years the school had a visual arts program, went back to Chapel Hill High and graduated only due to the kindness of Principal Bill Strickland. Lived in a commune outside of Pittsboro, cleaned houses, worked for a landscaping company, worked in various hippie restaurants, hitch-hiked all over the country, lived in New Mexico on a commune, tended bar, worked in stores and doing odd jobs.

Moved back to NC, did more odd jobs. Cooked at SomeThyme Restaurant in the mid-to late 1970’s, where I made lifelong friends. Married a not so nice Jewish boy in 1982, went to Durham Tech and got a nursing degree. Worked as a geriatric nurse specializing in dementia and dying. Had a daughter. Had cancer, got divorced because I finally realized that people DID love me, but my husband did not. Stopped being a nurse because how can anyone be a nurse and a single parent of a 5 year old at the same time?

Became a real estate agent in 1995 as I could work around my daughter’s schedule. Did not get a fancy car, start wearing nice clothes, or makeup - much to my mother’s dismay. Am very good at being a real estate agent – which is a lot like nursing but with less blood. Got the first generation home Apple computer (we are talking pre-colour, pre-photos, pre-websites) as my daughter was asleep by 7 PM and I was wide awake. So I would log on, listen to all the modem noises, and ping into text groups. I was in the ‘People over 40 group’, as I was 42, and met a bunch of people, some I am still friends with, and one nice Jewish man whom I married. Moved to DC in 1997 and kept on being a real estate agent. Fast forward 24 years. My daughter is 31 and I am wondering what I will do next.
​
To learn how Carl can help get your house ready-to-sell, CLICK HERE.

Sponsored by Carl Johnson Real Estate @ Coldwell Banker HPW
We don't just list properties for sale, we market them.  Ask about our concierge's service for buyers.